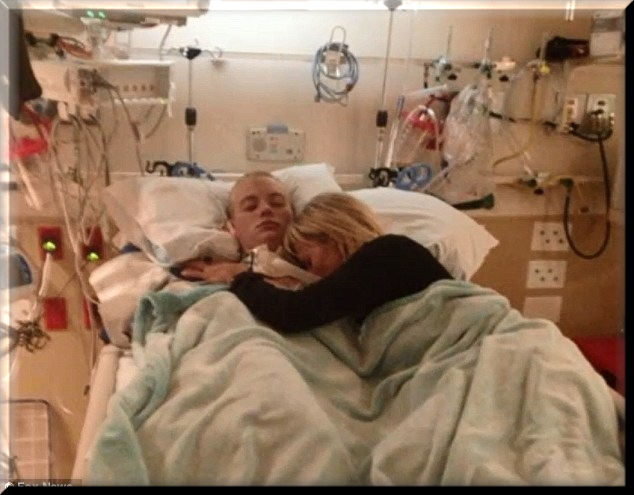 She wondered how those words would feel rolling off her tongue: She toyed with them, letting them trickle through the screams drifting through her head.

She looked at the silent form beside her: a boy lying on an emergency-room stretcher hooked up to a heart monitor. Every fifteen minutes it spit out an average beat per minute and an average blood pressure. She no longer jumped at the beep alerting the nurse to a new set of numbers:

A few hours earlier, he had called to ask her for a ride home and then back to his buddy’s house.

“Because there’s something I have to get,” he had said.

“Tell me. I’ll get it and bring it to you. I can’t see driving across town twice when I can get you what you need.”

“No–no; I don’t want you in my room going through my things.”

“I won’t go through your things. I’ll get what you tell me to and leave the rest alone.” He was sixteen, old enough to expect some privacy. It was not her practice to rummage around in affairs of half-grown others. Tickle—tickle. Something didn’t feel right.

“No, wait–this is something you don’t want me to see, isn’t it, Artie.” A chill moved through her.

“I’m coming home now.” There was dread or panic–or maybe both in his voice.

The dial tone peeled from the phone resting against her ear before she realized he had hung up. She placed it vaguely back on its wall cradle, giving it a miss or two before turning her head to let her eyes guide her hand. A sigh pushed out followed by single puppy-pants like the ones they showed her to do for the birthing process.

Her son was not stupid. What he had done was ensure her involvement. She weighed the possibilities. Was he already stoned? Was that why he had set this in motion? Or was it a cry for help? Doing nothing regarding the former would give him a sense of power far beyond what he should have. Doing nothing regarding the later would anger him for the lack of caring it would demonstrate.

Slight movement brought her back to his side. Jostling her from her recollections, the beeper sounded and popped out the next set of numbers: 80/50, 55 beats per minute. Her eyes stuck to the monitor, not believing the flashing digits.

The blond nurse, a pretty young thing, came in to record them. She glanced at the woman settled beside the lanky boy huddled on a stretcher too short to keep his feet from threatening the end. She watched her try not to meet her eyes, stroking his head, crooning to him softly.

She broke from his face to stare straight and hard at her. “Do they believe he took them now?” No answer—just sad,  gentle eyes caressing her bitterness.

The nurse left, and the mother returned to her musings; back to the momen, he told her he had taken the pills. After they had fought, she had left the house in a huff to grab a bottle of Kahlua at the package store down the street. She had been sipping a drink when he had found her. He had gone downstairs to the neighbors.

An episode of ER flashed through her head: the one where a doctor as tall as her son lamented over a woman who tried to commit suicide with tricyclics. It wasn’t the woman he lamented over; it was the type of medication she had chosen—the kind her son had just consumed.

“Come on,” she said. “We’re going to the hospital. No time to call an ambulance.”

It was ten o’clock at night. There would be plenty of time. The hospital was ten minutes away from the house at most. But a water main had broken on the side-street short-cut she took, and it took them nearly twenty minutes. She knew there was still time for him to be safe; so, she stifled the urge to express her panic by leaning on the horn.

It all boiled down to choices: the doctor’s choice in not pumping her son’s stomach for forty-five minutes; the nurses choice in burying her concern in the Kahlua lacing her breath; her choice to not wait until her son came home in order to convince him to flush the pot down the toilet himself; and her son’s choice in taking the overdose.

Shock sucked the tears from her eyes as she screamed and watched her son die.

One thought on “Turmoil”