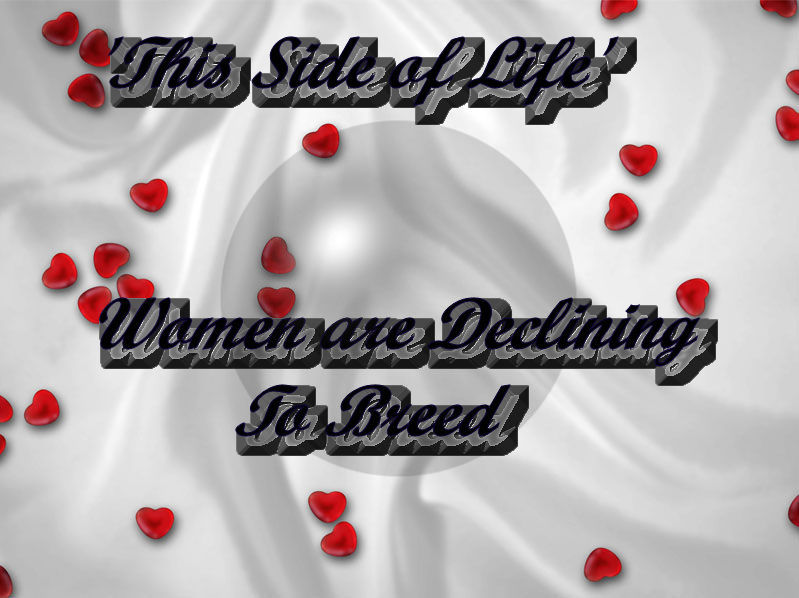 Motherhood was driven into me from childhood.  Schools even promoted it.  I was required to take Home Economics though I wanted to do Wood Shop.  But school could never have prepared me for what happened.

Through no fault of my own, I became a single mother. I was on the dreaded Welfare. I railed against government help and sought a profession. But my interviews for jobs cost more than I could rightly afford, and I called Welfare for help. I received about $150. Twice a month, and childcare for each interview cost about $90. I was so insistent the Welfare office finally told me I could get assistance if I signed a Section 51A. Imagine my horror when I found out that a Section 51A was a child abuse and neglect order. I didn’t sign.

When I finally found a position, I called Welfare and told them I no longer needed their money. I was informed I would have to go into the Office and sign paperwork to get off the system.

“You mean I have to take time off from work to go in on your business hours to sign paperwork?” I asked.

The thought that there would be less food for my children curled around my mind. I declined to go in and signed the unopened envelopes containing Welfare checks Return To Sender. The checks stopped.

Having only $27.00 a week for food, electricity, and heat (a phone was impossible); I bought ten Morton’s TV dinners a week. They were 69¢ apiece. They gave my children a meat, a starch, and a vegetable on the nights I trudged from work to daycare and home. I cooked on weekends. We feasted on weekends.

During a bitterly cold snap, I ran out of oil for heat. It was the times of the oil embargo, and the cost for heat was astronomical. I called my brother-in-law—a multimillionaire—to ask for $100.00 for oil. He declined, and I gathered up my babies, and we snuggled down in one bed for warmth that night. My youngest was sick the next day, but I had to bundle him up for daycare anyway. My provider was appalled.

“I have no heat,” I said and hung my head. I went off to work to make money to provide for my children.

I’m sure my story is not unusual. Women are supposed to spread their legs and let the male of the species provide. But with the advent of birth control, women can enjoy their sensuality without fearing the dreaded pregnancy. Men should be happy, but they’re not. They’re seeking to rescind the right to birth control for women. Sex is for procreation, but women are declining to procreate. Men should be careful because women are finding ways to enjoy sensuality without them.

And now men are seeking to rescind mandated coverage for maternity benefits. What are they thinking?

My oldest friend has always said pregnant women were a detriment to the business-place. I told him that Italy’s women had solved the problem by simply not becoming pregnant.
“There’s still men,” he said.
“No, I said. “Men aren’t being born.”
“Oh,” he said as if the origins of men had previously been incomprehensible to him.

Some companies are having female employees sign agreements that they will resign if they become pregnant.

Women around the world are choosing not to procreate. The more education they have, the less likely they are to have children. The cost to career and finances is just too great. In hindsight, had I known providing for my children would be so hard, I would have had no children. The pain of seeing them go without was too much.

Countries providing childcare are not seeing a decline in their populations. Women need not fear for their children while they work. Women are valued.

When I created a resume, I was told the experience I gained in mothering meant nothing. I had to learn about medicine, sanitation, nutrition, etc. I was an avid multitasker.

I once took my baby to the pediatrician. He had a scar on his chest from a tube that had been inserted. It would turn beet-red, and he would run a high fever. I pointed out the scar to the doctor.

It was in the days when antibiotics were not given out until a diagnosis was made. A throat culture would take days.  I looked at my baby roasting with fever, took him to my car, and rushed him( in my unairconditioned car) to a major hospital in Boston. His temperature rose a whole degree during the ride.

There they determined that the scar I pointed out to Doctor Dummy had a granuloma. There was a remnant of a stitch causing infection in the scar. They dosed him with long-term antibiotics and scheduled a surgery to excise the scar. My fears were allayed.

Yet the knowledge and understanding I gained as a mother counts for naught in the business world. When I interviewed for my job, one of the questions I was peppered with was an inquiry into what kind of birth control I used. Fortunately, I was able to tell the man interviewing me that I had had a tubal ligation. I had been sterilized.

Motherhood has become a tragedy. Women do not want to submit. Procreation has no value. So why would women want to breed?

When developed nations learn to value pregnancy in all walks of life, and support women in their dual quest for motherhood and career, populations will rise. It’s been proven.

And men—watch out. There may come a time when women choose only to produce girls, and men will become a dying breed.

3 thoughts on “Women are Declining to Breed”