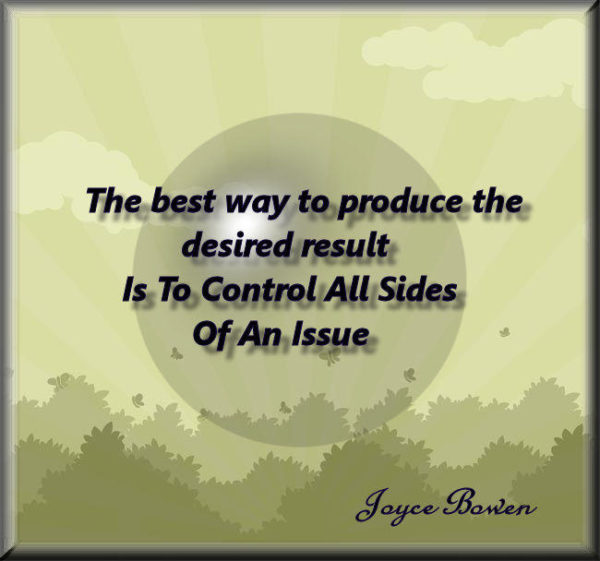 When I first started researching issues I thought could be related to my declining health, I ran into brick walls and varying opinions. I turned to science–real science to save my own life.

I’ve studied human behavior all my life. Patterns of behavior emerge just as readily on the internet as they do face to face. Patterns are one of those things I can do. Patterns are everywhere–in humans, in plants, in nature….

As I Watched the interplay on the internet between all these issues, I saw how deftly sides had been created and supported. But dichotomy does not rule the day–there are gray areas. The problem seemed to be that the decks were stacked and not for the good of the healthy side–the deck seemed to be stacked on the profit side.

I discovered that those damned shots were harming me. I had always been very pro-shot. I repeated the mantra like a good little puppy dog. People could always rely on me to remind them it was time for a shot. I was diligent in my uptake of them myself.

Then I delved into the science–I mean, it was like being stuck in the mud at the bottom of a pond. I’d come up for air, water, food on occasion. I navigated around brick walls and learned enough to save my life. I boggled the mind of at least one doctor who clearly had me dead and buried, too. The others were just angry that I refused what they called treatment. But they were treating me into the grave, and I wasn’t ready to go yet.

I took a hard look at the medical establishment of today, and what I learned was shocking. I now only go when it’s absolutely necessary. I meandered into the realm of the dissension that exists about those shots. If I thought I was shocked over the state of what is currently called medical care, I was completely bowled over by what I learned about that issue. I learned a week ago or so that if you are taken to an ER unconscious, they give you those dastardly shots. The next one could kill me, so just in case I am taken to one unconscious, I’m having some damned ugly tattoos put on my arms.

When I learned of the dark side, I clearly had the feeling people might even be willing to punch me out if I didn’t shut my trap. It’s been a wild ride, but I’ve learned that some have been so brainwashed they’re almost willing to kill me themselves before the dang shots can. It’s like my very existence threatens their lives.

This is not normal behavior. And there are others online writing-up pieces that are simply galdarned lies. Once I devoured all that science, the lies were blatant. I understand how the reader gets trapped into believing them, but the writer? Or were these blogger-idolators sucking up the rhetorical mantra being fed them–regurgitating it out for all to see?

I wrote one group and expressed a concern that something was off with the psychology of what I was seeing–and it was. I later came up with this:

I posted it on another website months ago. I put my name to it–not because I thought it was original, but because I hadn’t seen anything like it being said–until I saw this:

It’s close–damn close. Any groups appearing to fight the issue I’m working on seem to plowing through molasses. Are we being directed by misdirection? Do they want to succeed?

What is happening throughout our nation is called

Sl-o-o-o-w-l-y our systems have been infiltrated by those desiring greater profit and more power. I see our legal system going next. Once that’s done, this will not happen to The House of Cards.

They will have us. It will be a wrap.

There are many, many, many of us who understand perfectly what forces are behind this. This is a global effort to commoditize even the human body.

We are each to be implanted with this:

and returned to a sort of slavery. We will relinquish all personal property and contract to own nothing for the rest of our lives.

One thought on “The Best Way to Produce the Desired Result…”