A most amazing man of amazing courage. 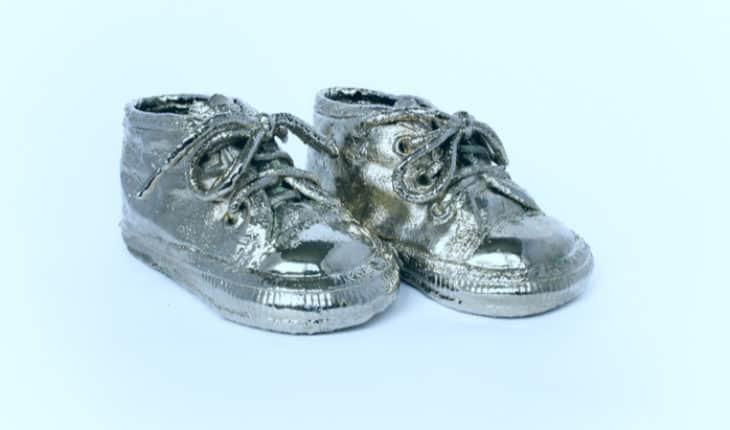 Infant vaccines are not fit for purpose: We have discovered that the amount of aluminium an infant receives in a vaccine is akin to a lottery. While the amount expected to be injected, is indicated by manufacturers on the patient information leaflet supplied with the vaccine, this value bears little resemblance to the actual amount. (https://authors.elsevier.com/sd/article/S0946-672X(21)00052-3)

Perhaps equally shocking is that those organisations charged with regulating the content of vaccines, such as the European Medicines Agency and the Food and Drug Administration, do not measure their aluminium content. The EMA indicating that they rely upon information given to them by the manufacturers. These organisations measure every other component of vaccines so why are they colluding with manufacturers in not measuring their aluminium content.

What is the critical issue revealed by our measurements and thorough statistical analyses? Is this complacency or incompetence on behalf of vaccine manufacturers? Our data were initially submitted in September 2020 to the BMJ family journal, BMJ Evidence Based Medicine. The manuscript was thoroughly reviewed including by their expert in statistics. We submitted in December what we believed to be our final revised version of the manuscript. However, the new editor of the journal, appointed in 2021, informed us in January that, after five months of peer review, the manuscript no longer fitted the scope of the journal! He suggested that our manuscript might be automatically transferred to BMJ Open and we reluctantly agreed. One month later the editor of BMJ Open returned our manuscript as, again, it was not within the scope of the journal. I believe that in the current climate of vaccination that the BMJ was not prepared to publish research, no matter how robust, that criticised vaccine manufacturers.

If this is the case then whither vaccine safety science? This is likely to be our last contribution on this subject as my group and my research has been branded as anti-vaccine. This will severely curtail our chances of receiving any future funding from charities, philanthropic services and public donations and will prevent robust, peer-reviewed research in vaccine safety science.

You might look at the individual shots and say—hey—that’s not too much—until you add all the amounts up as to what a baby receives by two years of age:

Imagine You Are An Aluminum Atom

“Join “Mr. Aluminum,” a scientist who has made the study of aluminum his life’s work, on a journey of discovery, reflection, and the science of aluminum.

Professor Christopher Exley is a firm believer that science is only useful when it is properly communicated. Scientific papers are difficult vehicles for the wider communication of science and thus he has always endeavored to tell the story of his scientific research as widely as possible through myriad blogs, presentations, and interviews. Through a series of easy-reading entries written for non-scientists, Exley will educate readers about his lifelong scientific passion: aluminum. In scientific circles, aluminum—in relation to human health specifically—has gone the way of the dinosaurs (though, unlike dinosaurs, there has not yet been a popular revival!). Yet aluminum is also the greatest untold story of science.

But why do we all need to know a little bit more about aluminum? Do we need a self-help guide for living in what Exley has coined “The Aluminum Age”? What is it about aluminum that makes it different? What about iron, copper, or any of the so-called “heavy metals,” like mercury, cadmium, or lead? Why must we pay particular attention to aluminum? Because its bio-geochemistry, its natural history, raises two red flags immediately and simultaneously.

These two danger signals are easily missed by all of us and easily dismissed by those whose interests are conflicted by aluminum’s omnipresence in human life and consequently, are purposely blind to its danger signals. First, aluminum, in all of its myriad forms, is super abundant; it is the third most abundant element (after oxygen and silicon) of the Earth’s crust. Second, aluminum is super reactive; it is both chemically and biologically reactive. However, these two red flags identify a paradox, as the abundant and biologically reactive aluminum has no biological function either in any organism today nor in any extinct biota from the evolutionary past. This means in practical terms that when we encounter aluminum in our everyday lives, our bodies only see aluminum as an impostor, something foreign, and something for which we have not been prepared through biochemical evolution. This in turn means that all of our encounters with aluminium are adventitious, random, and chaotic. And potentially dangerous.

Imagine You Are An Aluminum Atom: Discussions With “Mr. Aluminum” examines the science of aluminum and human health and makes them understandable to all. Within the science you will find personal recollections of events, as well as opinions and reflections upon how the politics of aluminum have influenced and interfered with doing and reporting the science. It is at once both a personal recollection of Exley’s life in aluminum research and a guide on the dangers of the constant exposure to aluminum we as humans face during this “Aluminum Age.” It will inform, it will provide the means to question the science, and it will, if the reader is prepared to participate, answer those frequently asked questions on aluminum and human health.”