And slowly—very slowly—they are force vaccinating people everywhere.  I find it to be particularly disgusting when they force these toxic shots on the elderly and children and babies—the helpless.

So while people post repetitive, repetitive, repetitive articles for decades on end, nothing ever really gets done—solved—fixed.  Now that death is occurring all over the place, and controlled opposition like the German guy has won, I gotta ask...***Does Bill run all these platforms??

Videos that show you the devastation caused us parents whose babies and children have been destroyed by vaccines. Those of you who haven’t suffered the extremes at the hands of the pharmaceutical/medical industrial complex, cannot begin to imagine the persecution and trauma our families have suffered. I grew up during the years when measles and other childhood illnesses ruled the day.  Most of us recovered from these mild childhood illnesses without any lasting effects. 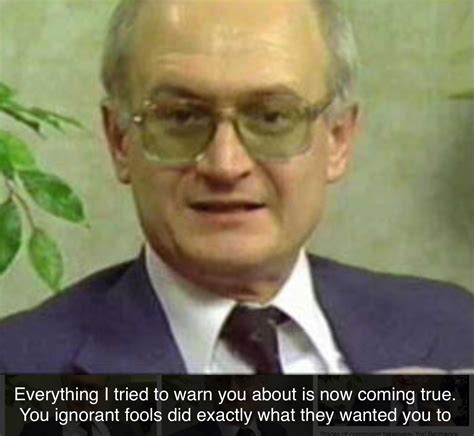 These are things every American citizen should know that are not being taught in our schools to our children.  These are things citizens around the world should know.  Yuri Bezmenov strives to teach us our civic responsibilities from beyond the grave.

Somebody said [I don’t remember who] that the only way this could be happening globally is that all they already control all governments.

The “FIGU Documentary | Don't believe, think for yourself (2019)”repeats the word “overpopulation” many, many times.  Repetitive use is often used in brainwashing techniques.  I see this as no different.  As least the guy below gives us a more honest view of what depopulation means to him:

According to Silver, the main differences between reprogenetics and eugenics, the belief in the possibility of improving the gene pool which in the first half of the 20th century became infamous for the brutal policies it inspired, is that most eugenics programs were compulsory programs imposed upon citizens by governments trying to enact an ultimate goal. It becomes quite apparent, after reading the quote above, that the main difference between reprogenetics and eugenics is consent, according to Lee M. Silver. Eugenics – forced. Reprogenetics – consented to. Same thing, different mode of action. From the forced culling of those deemed inferior to creating a superior race through genetic engineering, the end result is the same. Those deemed inferior are eventually culled from the system using DNA manipulation techniques.

This is a little story about my adventures in a psychologist’s office in 2018 and my assertion to that psychologist that we were facing world-shattering events—and soon.

A link disappeared.  Oh the curiosity.  They really shouldn’t mess with people whose lives they’ve destroyed.  So I went back out there and looked some more—added info is here for your perusal.  I dedicate this to my baby boys—what’s left of them after the government decided to mess with them.

Since medicine has corporatized in the blue state of Massachusetts everything has gone downhill.  When living there, I had little luck with medicine and had enough experience to find it sorely lacking.  I never dreamed medicine would become corrupt, but I often described myself as nothing more than a paycheck.  I had no idea how right I was.*************And who gave to Mommy Clinton’s Foundation? Pfizer—that’s who. I found the below article while hunting for the article I read a lo-o-o-ong time ago listing Partners Health Care [now PIH] as a 50K donor to the Clinton State Department. . Most firms that gave to Clinton Foundation also lobbied State Department May 15, 2015 https://www.washingtonexaminer.com/most-firms-that-gave-to-clinton-foundation-also-lobbied-state-department